skip to main | skip to sidebar

The one with the best.dance.ever.

There are no words! Love her

The one with all the snowflakes

Snowflake lane to be exact. We have come to love and look forward to this fun tradition. Snowflake lane is a place by the mall that is all decked out for Christmas, with giant snowflakes projected onto the buildings, extra loud music playing to dance and sing to, real "Toy" soldiers beating their drums, beautiful snow princesses granting kids wishes, Frosty the Snowman and Rudolph posing for pictures, and other fun characters hand out candy-cane lollipops. All the dressed up characters are local teenagers and they always do such an excellent job! Oh, and did I mention it "snows?" They somehow turn soap to look just like snow-flakes falling. Very cool. Erik wasn't able to make it this year (thanks to the auditors lol). But the kids and I braved the crowd and had a great time! 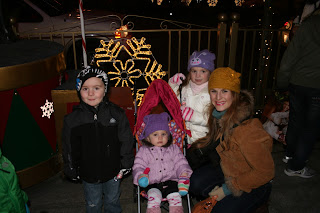 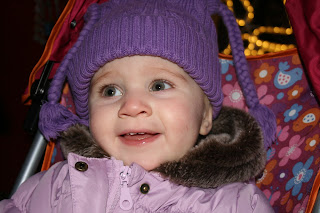 The one at the kids Christmas party and SANTA!

I think I say it every year (and multiple times throughout the year), Erik works for the best company! They are a small corporation, but they really cater to families. Not only do they have a fantastic adult Christmas party, but they have a simply delightful kids Christmas party too, where Santa comes and delivers presents to all the kids. The kids have started looking forward to this party every year! We are truly blessed and thankful for our NAES family. 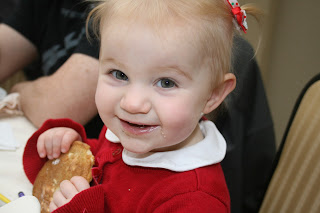 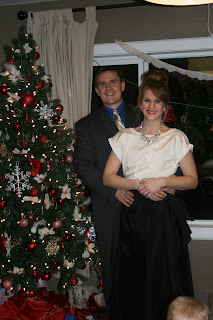 The one with the grandparents and pie

Whew, it is almost Christmas and I am finally getting around to posting about Thanksgiving. That's just the way it is around here these days. Too much to do, too little time. And when I say too much to do, I mean, too much sleep to catch up on and too many books and magazines to read. Because that is what I would rather do with any extra free time that I have. I'm blaming it on the gloomy Seattle fall/winter weather. Add a cup of steaming hot cocoa or cider and I'm down for the night. Not only is this doing wonders for my house, but also my waistline! Ha! Ah well, New Years resolutions will be here before we know it. And THEN I'll stop eating junk and sleeping instead of exercising. Seriously.

Anyway, we had a FABULOUS Thanksgiving this year! Wednesday was of course PIE DAY, or as I like to call it, "any excuse to get together with girlfriends and ignore our kids." lol But we were efficient and made several pies for the next day's feast. Then that evening my parents came into town! It was so much fun having them around for a few days. The kids were in absolute HEAVEN! So Thursday we stayed inside and cooked until dinner(except Erik, he braved the weather and played some football, and felt it the rest of the weekend, and we all endured his moans and groans every time he tried to move haha). Then we headed to our good friends', the Richardson's, for some delicious food and fabulous company. I really am so blessed to have such amazing friends here in good 'ole Renton. The Oneill's were there as well and we all enjoyed stuffing our faces together. I only wish I had worn elastic pants rather than the "gotta suck in my gut the whole time I'm wearing these pants." Next year. That night, Brittany and I braved, literally, braved, the crowds at Walmart for a little pre-black Friday shopping. At 8pm people! Gone are the days of having to wake up at the crack of dawn (Hallelujah!). It was C-R-A-Z-Y-T-O-W-N, but we kept telling each other, "Think of the memories we are making!" We both came out a few dollars poorer, but got some good loot. (But where were the dang My Little Ponies!!). Then Friday, Mom and Dad wanted to get out and do something fun, so we drove to the ferry docks, and headed over to Bremerton to see the ships and sights. Too bad it was POURING rain, so we just stayed in the car, but we still had some cool views of the huge aircraft carriers and other ships I don't know the names of. Then we drove over to Tacoma so Dad could see the Tacoma narrows bridge. For dinner we hit up Ivars, then called it a night and put the kids to bed early. Saturday we headed to my Dad's favorite place, Boehm's chocolates (also known as wallet drainer to my Dad. He LOVES to spend money in there!) And I must say, we don't really complain. The kids got a couple special treats and so did the rest of us. I can still see the residual on my thighs lol. After gobbling down chocolate covered bananas, chocolate covered ice-cream and numerous truffles and caramels, we decided we should probably eat lunch. So we headed over to Panera and had a nice lunch. Santa was in his little cabin just outside, so the kids talked to him for a bit. That night, my parents good friends (whom they knew when the lived in Edmonds), had their 50th Anniversary party. Erik stayed home with the kids while I joined my parents in getting reacquainted with long-lost friends. Mom and Dad headed out Sunday morning, and we were so sad to see them go! But we really enjoyed their visit and can't wait to see them again! Love you guys!! 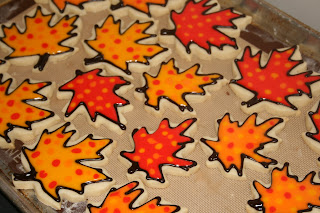 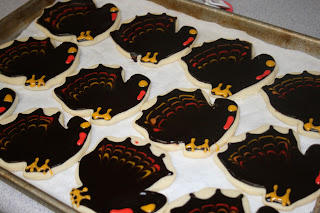 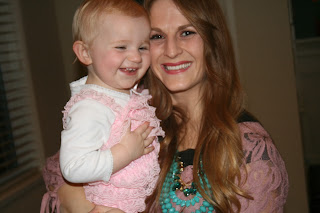 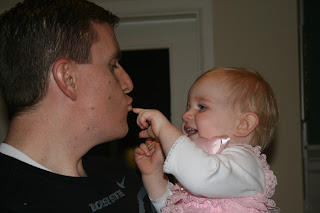 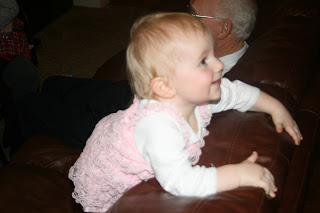